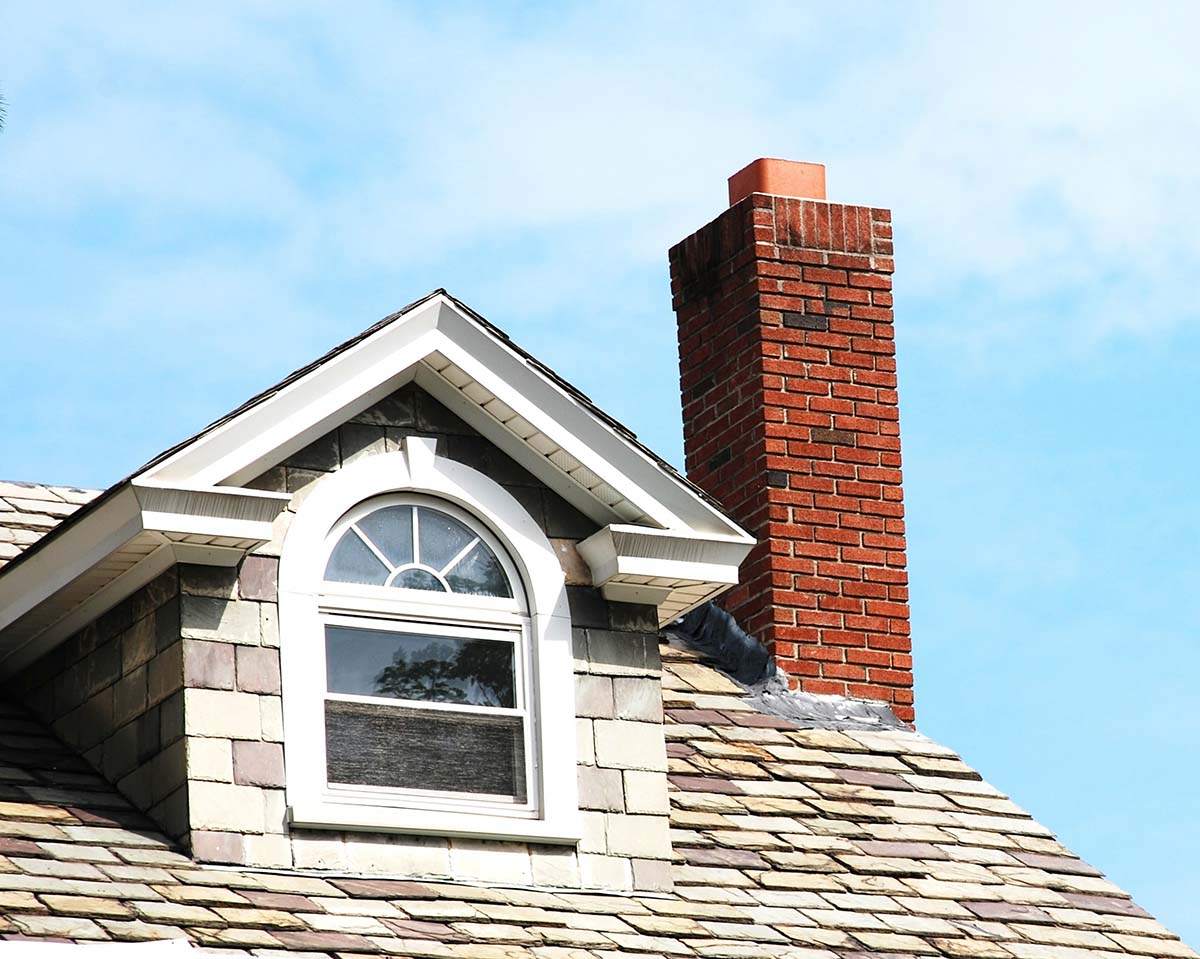 When there are no visible signs of damage, it can be easy to forget about chimney maintenance. However, failing to take care of your fireplace and chimney can have harmful effects on your home. It is important to understand how your chimney works and its various aspects to reduce incidents that result from chimney malfunctions or negligence.

The main purpose of a chimney is to eliminate hot, dangerous gases from your home since a chimney’s structure is based on the stack effect or the principle that hot air rises. The stack effect occurs when intense air pressure forces its way into the chimney and pushes the lighter, hotter gases out. More heat is produced the hotter a fire gets which makes the heat rise faster. Air can also move faster when the temperature of the room is hotter than the temperature outside.

The most important factor that contributes to a functioning chimney is the draft. The warm air, smoke, and gases that escape through the chimney combine to create a draft. The draft pulls in fresh air from outside of the fireplace and pushes the contaminated air out of the chimney, producing a stable flow of air. If a chimney’s draft is not functioning properly, then your house will be unevenly heated and full of unwanted gases. Many factors like chimney height, airflow, and obstructions can cause a faulty draft.

A chimney flue is a channel that allows poisonous gases to escape from the chimney. Ducts, pipes, and vents are all considered types of flues. However, a chimney cap is a lid that is usually accompanied by a mesh net that protects the chimney from water damage and animals. This chimney part mainly covers the flue.

There are several types of chimneys, but traditional and prefabricated are the most popular.

Prefabricated chimneys are built in a separate location and then installed in your home. This type of chimney can be made using several different materials depending on what the manufacturer offers. A prefabricated chimney also has a firebox, typically made of stainless or galvanized steel, but it includes a chimney cap rather than a flue. This style is usually cheaper than a masonry chimney, but it often does not last as long.

Chimneys are powered by either natural or electric gas. No matter what type of gas or style of chimney you choose, soot and creosote can build up and create the perfect conditions for a chimney fire. Understanding the structure of a chimney is the key to avoiding incidents caused by chimney malfunctions.

Chimneys can have several types of malfunctions. Creosote is a black or brown tar-like substance that is formed when a fire is burning. The build-up of creosote can occur when unseasoned wood is used for burning or airflow inside the chimney is restricted. Because creosote is extremely flammable, it can cause major damage to your chimney if left untreated.

Downdraft is a malfunction marked by puffs of air that escape the fireplace as a result of air being pushed back down into the chimney. Wind-induced downdraft can occur when two chimneys are placed next to each other. If a pocket of low pressure is formed inside the chimney, then the smoke from one fire could be pushed up and into the other chimney, creating a hazardous situation.

If you suspect that your chimney has issues or you want to schedule a yearly inspection, contact us today. At Watson Brother Chimney & Vent, our top priority is keeping your family and your home safe. We provide quality service, in-depth inspections, and regular maintenance to ensure that you never have to worry about your chimney malfunctioning. Let us take care of your chimney so you can focus on the things that truly matter to you.

We are Here to Help

We know that the cleaning and repair process of chimneys and vents is not only complex, but highly important for your safety and health. Don’t take these tasks on yourself. Watson Brothers Chimney & Vent are vastly prepared and ready to take on any project.

We are Here to Answer your Questions

Get in touch today to schedule an appointment or learn more about our services.
Contact Us
© 2020 Watson Brothers Chimney and Vent. --- Website designed by Inner Spark Creative.